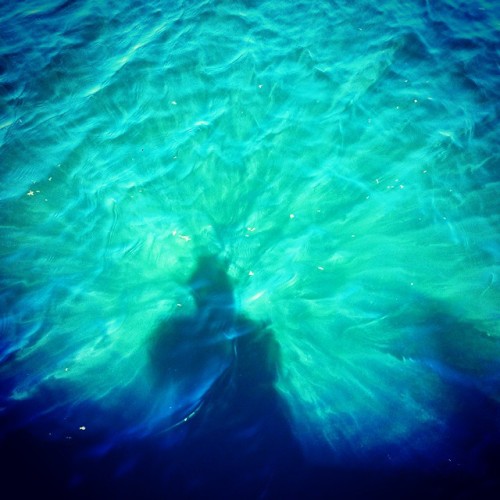 Recently I have had a massive perspective shift on my reality. This has mainly come about from giving up my addiction to alcohol. I feel inspired to share my insights with you to also help you overcome addiction to drinking and possibly other drugs as well.

Last year my beautiful Mum passed away from lung cancer. She was a smoker and a drinker and quite literally did both until she physically couldn't do it any longer. I mean we had to wheel the whole bed outside so she could have a cigarette!! And swig back a bottle of Stella her favourite beer which quite aptly matched her name. Her addiction to these drugs was fierce, but she was dying and it was what she wanted to do. She could never go a day without drinking or smoking and I saw this for many years. She enjoyed these habits strangely and didn't want to stop. She was very high functioning and it seemed she didn't really have a problem as she would only drink up to 3 or 4 daily bottles of cider. But I know this is not good. And the consequences to her health were radical. She died of lung cancer at 59. Love you Mum.

When she was in hospital early last year, we both met some very interesting people. As she was a smoker this meant she would have to go outside as often as she physically could. Now this is a struggle when you have a debilitating condition, but she was determined so we would trundle slowly outside for some sunshine, 'fresh air' and she would smack back as many cigarettes as she could! While we were outside we would chat to other people who were being treated at the hospital. Two men I remember very well, and this marked the first occasion I knew my relationship with alcohol was going to change. Get the tissues ready as this will be a tear jerker.

The first man we will call Bob (not his real name). Now Bob came from a small country town 2 hours or so south of Perth. He had never had his drivers licence because he had been drunk or too far over the limit every day since he was 16. Bob was in hospital for a 5cm ulcer on his liver or pancreas which was being cut out so he would live. The doctors did tell him if he continued drinking he would die. So slowly and quite literally he was killing himself with alcohol. He had a girlfriend who didn't drink and she was his taxi driver. He did work full time from 5am to lunchtime weekdays for a supermarket chain. After work every day Bob would buy a case of beer (30 cans) and proceed to drink them all! He would sometimes have a few spirits after that too. Wow. I couldn't believe how much alcohol this man was consuming. Bob had no teeth. Not a single one in his head, was very skinny, and he was the same age as me but looked 10 years older. I felt very sorry for him but I don't think he was ready to reform his life, he seemed very deeply caught in the web of addiction.

The second man, we will call him Frank. Frank had the same condition as Bob surprise surprise and was having an ulcer removed from his pancreas. He also was a very big drinker. This man looked very sad when we first met him and seemed to have a big black cloud over his head. I really just wanted to give him a hug. His story was quite different. He knew he had a big problem with alcohol and literally would not stop drinking once he started. He had managed to stay sober for 10 years at one stage but this tragically came to an end. His son was killed in an accident and sadly he turned back to drink to deal with the grief. At his worst he would drink mouth wash and after shave if there was nothing left to drink in the house. I felt very sorry for Frank and knew in my heart the best thing he could ever do would be to give up alcohol forever.

To be honest I had never met people before who had suffered so badly from alcohol addiction. This really is the ugly side to addiction. Drinking alcohol is so socially acceptable and often glamourised in our society. Most of our friends and family would drink and it is around us everywhere. The availability is only increasing with bottle shops popping up on every street corner and in our supermarket aisles.

The truth is alcohol is a drug and a deadly one. It causes a lot of harm to your health, wellbeing, to your family and to society. I hope this article has helped you see the ugly side to addiction and helps you to look at alcohol in a different light.

Thanks and all the best to you!

2 thoughts on “The Ugly side to Addiction”