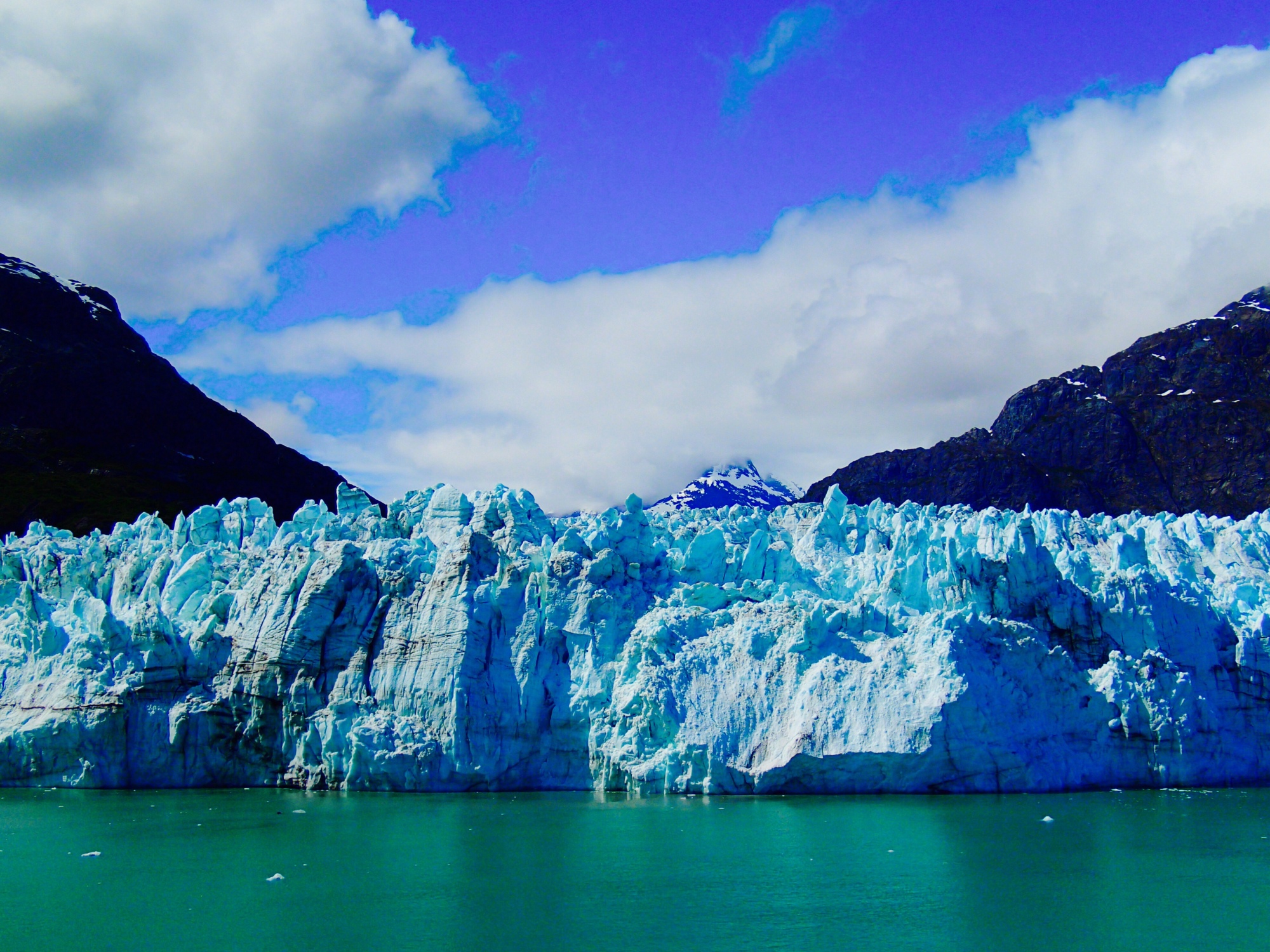 By the third or fourth day I was well and truly into the swing of cruise life. I managed to navigate my way around the ship more easily and was no longer getting lost! Relief! I was making more friends and enjoying the many unique opportunities on board.

By the time we made it up past the third port of call in Skagway, we were heading right into glacier territory, which was just breathtaking. I walked around the top deck multiple times snapping away and capturing as many great shots as I could.

The rhythmic lulling of the ship was relaxing and I continued to rest and unwind. I was sleeping well, having excellent dream recall again and sleeping in most mornings. I even had a great flying dream which is always fun. I was getting on top of things at the buffet and working out what foods were working for me. It was a real treat to be presented with so many options each night, but also overwhelming! I stuck to as many healthy options as I could and if I did indulge it was on small portions. And NO seconds!

Each night there were really entertaining shows, magicians, dancers, singers, and comedians. The magician I think was great and had a little fluffy white dog accompanying him on his tricks which was very cool. I liked all the shows. It was great to be entertained every night, I mostly sat right up the front like a big nerd, loving it all up close.

After one of shows, I hung out with my new mate Buzz, a retired Town Planner from San Francisco. It was great to hang out and have a chat, and also interesting for me as Buzz had given up drinking 5 years previously. He was proud of my efforts to stop drinking 4 months ago to writing this article. It was good to hear his account and reasoning for giving up Alcohol, and really it was quite simple. He decided he didn’t want to feel crappy from drinking anymore. Even drinking small amounts would make him feel lousy, and perform badly when playing golf. After years of being a social drinker he gave it up. Much to the dismay of his peers and family who lost their boisterous and fun drinking buddy. Regardless, he didn’t care what anyone else thought, he just wanted to feel better in himself. And the results were really positive, he felt so much better, and he was determined to remain fun and light hearted without alcohol. His mind clarity and personal wellbeing improved significantly and he could play golf with more energy and consistency. It was a pleasure to meet him and talk about his sobriety, and it was encouraging for me too. Life without alcohol is possible and is a choice. Deciding what is best for your mind and body is a personal choice, and for me life with out drinking is proving to be so much better.

There were formal nights on the cruise where everyone gets really dressed up. It was nice to see everyone all dolled up, I kept things simple for the most part, not trying to impress anyone!

We had one crazy incident on the boat. As I was watching these amazing and athletic acrobats, we all hear an announcement, one you never want to hear on a boat:

Everyone rushed outside, acrobatic show abandoned, to see what all the commotion was about. We see a buoy thrown out and a flare to attract attention, and plenty of official people come scurrying out of nowhere. But we did not see anyone in the water. You would not survive long in the freezing waters that’s for sure. Soon there was another announcement:

What had happened we found out later was someone had slipped over their balcony and very luckily fell into another balcony space below. If he had fallen from any other level that poor guy would have gone in the drink! I don’t think the landing would have been too pretty though, but we can only surmise what happened to him. Apparently their was wind of a helicopter, and he was airlifted out late that night. So that was the most exciting accident on the cruise, but one we all hoped would never have happened.

Once we hit up the more northern part of the cruise, the scenery became spectacular. Views of the glaciers were beautiful and from every angle on the viewing deck, was another photo opportunity.

As I predicted I was more and more social as the cruise went along. By the last few days I had found a great group of people to hang out with and found myself busy, engaged and having a lot of fun. This group was Buzz and his lovely wife Susan, and another super fun couple Greg and Pam. I loved the way they all laughed so much. They all bounced off each other, cracking jokes, and making funny punch lines, it was great.

We all ended up playing Rumi Kub together on one afternoon, I can hear a few of my friends groan right now. You see I am totally addicted to games, and just love finding new people to play with. They all loved it and we played heaps of games, it was great.

This is what I love about travelling, meeting so many great new people who are interesting, fun and creative. I find it so inspiring and motivating to learn from other people.

On the last night I was treated to a very posh Italian dinner at ‘Sabatini’s’; by my new mates: the awesome foursome. We all enjoyed a delicious meal, had great conversation and really made the most of the last night on the boat.

Time had sped up over the last few days on the cruise, before I knew it I was walking off my temporary luxury boat of joy, to a gangway plank to Whittier, Alaska. The scenery continued to be amazing, as we drove on the 7th most scenic highway into Anchorage.

More on my adventures in Anchorage Alaska in my next blog post! I hope you have enjoyed reading about my adventures! The good news is, I still have a long way to travel!